The seed for the beginning of South Bucks RDA were sewn way back in 1957, when Mrs VDS Williams visited a group of disabled people in Bristol to give a display on her horse ‘Little Model’. She was in the British Dressage Team at the Rome Olympics. Over the  next 7 years Mrs VDS Williams collaborated with Miss Hearne the physiotherapist at Farnham Park Rehabilitation Centre and Fellow Olympic rider Mrs Joanna Hall; on May 24, 1965 the Bucks and Berks Riding for the Disabled Centre was opened at East Burnham Park, the home of Col and MRs VDS Williams.  The Group met in the indoor school on Monday and Thursday.

The first ponies that served the group were Crispin, donated by the Group’s secretary MRs J Keen of Iver Heath and Silvertoes, which was originally bought for Mrs William’s grandchildren to ride. The committee decided that the group should run with 5 ponies only.  In 1967 it was decided that as no riders had come from Berkshire in the 2 years that the group had been running (Slough was in Buckinghamshire in those days) the name of the group was changed to reflect this and South Bucks RDA was born.

After the death of  Mrs Williams, Col V D S Williams took over as Group Chairman from 1969 to 1973. The group continued to meet in the indoor school at his home. In 1970 two people joined the group who were to greatly influence it’s growth and the world of disabled riding over the next 25 years. They were Shirley Woefell and Diane Redfern. Shirley an Occupational Therapist became the group Secretary and then Group organiser. Di Redfern became the ‘Thursday Instructor’ bringing with her knowledge of pony club instructing.

During 1973 the group’s second Chairperson, Col VS Williams died, and Mrs Diane Redfern was elected as the Group’s third Chairperson. Mr Dorian Williams became the Groups first President. The group found that they had to find new premises as East Burnham Park was sold, and the indoor school lost, as the site became a tree nursery. This meant that the 40 plus riders who came from Farnham Park Rehabilitation Centre, Penn Spastic Centre, and Alfriston School had to start to look for a new venue.  So it was that in the October, Mr Redfern agreed to allow the group to move to his home,  Mill House Farm and they have been there ever since.

The 10th Anniversary of the Group was celebrated alongside the 1st Anniversary of moving to Mill House Farm. Here through the generosity of Mr Redfern and his family South Bucks RDA had a good home. As the popularity of the Group grew, the need for new classes were apparent. Also as more children with disabilities were integrated into their local mainstream school the need for extending lessons to a Saturday morning became apparent. In 1980 with the start of Saturday classes the concept of all year round riding for those with disabilities living in this area was kindled. In 1983 it was realised that the amount of work for the ponies was growing so it was decided that the number of ponies that the group should have was increased to six.

When the group first moved to Mill House Farm, rides were first held in a field or during inclement weather over the road at  Fulmer Riding School, by the kind permission of Mrs and Mrs Hall. To make it safer for the children to ride at Mill House Farm, an arena was created but this became very waterlogged in wet weather, so in 1985 it was back to the drawing board for Di Redfern and her band of helpers.  New land drains were laid and a new arena with a ‘Pasada” surface was erected. When this great facility was being built it was decided that indoor stables would be helpful. This took much longer than expected to build.  Unfortunately, Dorian Williams, our first President never saw the completion of the Barn, he died in 1985. Sir Roger Bellinger, who lived locally in Fulmer was invited to be the group’s second President. The barn ‘Stage 1’ was completed in 1986 and on October 9th it was opened by HRH Princess Anne. 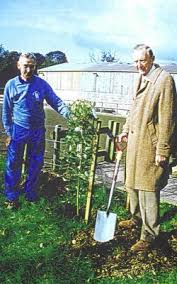 The group were very pleased to have 6 stables, a store and a small kitchen area, everyone had somewhere to go when the weather was not good. The need for a classroom was soon flagged up and in 1989, after more fundraising ‘Stage II’ an extension to the Barn was completed providing two more stalls and a classroom with a store above it. This meant that in inclement weather lessons did not have to stop, rather than mounted the riders would be able to have stable management lessons in the dry.

In 1989, the South Bucks began to investigate the possibility of developing a driving group of its own, this venture being well established under the National RDA. Two ponies Tonto and Harry were broken to harness and after much training the ponies and helpers were deemed suitable to partake in driving sessions. These took place on Tuesdays and Fridays – over the next 10 years there were several driving ponies, Shadow, McTavish and Magic.  Driving required a large number of helpers per disabled driver and could not be done all year as the ground was often too soft for the traps. Eventually, the driving had to stop when the lead AB whip moved away.

South Bucks has always been, from its conception keen to promote the education of both the riders and their instructors. So it was in 1990, Anne Cutcliffe, the Monday instructor took and passed the RDA instructors’ exam. She was one of the first in the country to pass this two day exam. She went on to be County Instructor for Berkshire, and then took the chair of the National RDA Dressage Committee. Anne’s commitment led her to eventually join the paralympic movement, not only for para dressage riders but all athletes with a disability. By 1995 all instructors at the Group had their Group Instructor’s Badge. 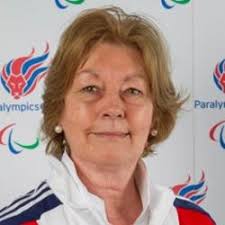 The Group’s volunteers not only helped with lessons, grooming and general care of the ponies, but in the early days also transporting them. When a show came up, a call would go out and who ever could would bring their trailer. By 1991 the group were donated a Land Rover by the Redfern Trust and  a matching Trailer by the Saints and Sinners. One of the riders John Lucus, made a special ramp that fixed to the trailer that made it possible for all riders including wheelchair users to mount when at shows.

The next big change for the group as it grew was the need to get staff. We were very fortunate that one of the lecturers at Warwickshire College of Agriculture had become interested in RDA, through his involvement with para dressage, and international competitions hosted by the college, so it was in 1993 that Clive Milkins came to the group. Like many of the key people at South Bucks RDA Clive carved out a name for himself with many firsts. He was the first gentleman to pass the RDA Senior Instructor’s exam.  His passion for dressage meant that he has had input into many of the international riders, who have represented Gt. Britain, Lee Pearson, Ricky Balshaw, Natasha Baker and most famously Sophie Christiansen. 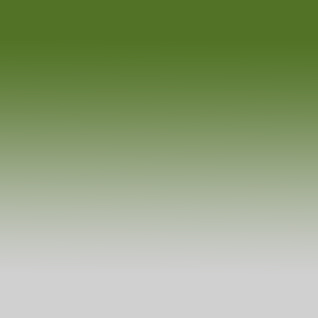